In the recent history of Motorsport, very few projects can be said to be as winning as the Leopard Racing Moto3. The Italian-Luxembourguese structure has been able to demonstrate its competitiveness and its potential, coming to conquer the scene as a protagonist since its entrance into the Moto3 class of the 2015 World Championship.

Behind the imprint set by Miodrag Kotur and Christian Lundberg, the team succeeded to assert itself by winning the world title with the British Danny Kent on Honda machine in a head-to-head till the last race event. The following year 2016, the team started line with a brand new line-up of 3 riders, but riding the KTM bike: the season proved to be uphill, but with a strong raising due to Joan Mir’s Rookie-of-the-Year title, which placed the foundations for rebirth.

In 2017 the Majorcan talent did not betray the expectations and, again at the controls of a Honda machine, he literally dominated the season from the first to the last race, breaking down the records on the circuits and the category overall and hitting the goal. The second world championship title in just three seasons has affirmed Leopard Racing as one of the most solid reality of two wheels.

In 2018, Leopard riders Lorenzo Dalla Porta and Enea Bastianini managed to score 9 podiums and 2 victories. The competitiveness of the category, some bad luck and injuries stopped these young men to fight for the crown at the end. But after a demanding year, Leopard Racing Team finished the third on the standings.

In 2019, Italian man Dalla Porta fought for the first positions alongside Marcos Ramírez, the new addition to the team at that time. And indeed Dalla Porta did as after 4 victories and 7 podiums, the young man from Tuscany took the crown, he was the 2019 Moto3 World Champion and gave Leopard the third World Champion title of its Moto3 History.

2020 was a challenging season for everybody, right after the pandemic the team had to adapt a completely new situation. New additions to the team Dennis Foggia and Jaume Masia did their best and at the end of the season the Leopard Racing was crowned as World Champion Team, while Jaume Masia ended up 6th on the standings and Dennis, 10th. The following year, the 2021, was a particular one: Dennis Foggia renewed contract and Xavi Artigas joined the team. The rookie Artigas had some difficulties but managed to win the last race in Valencia, while Dennis Foggia fought for the championship until the penultimate race, when another rider made him crash and ended up with his options. Dennis took 5 victories and 5 other podium results and finished the year as the runner-up.

In 2022, Dennis Foggia will fight for the Championship again, he’s the favorite of the category and Japanese Tatsuki Suzuki joins the team to get to the same goals! 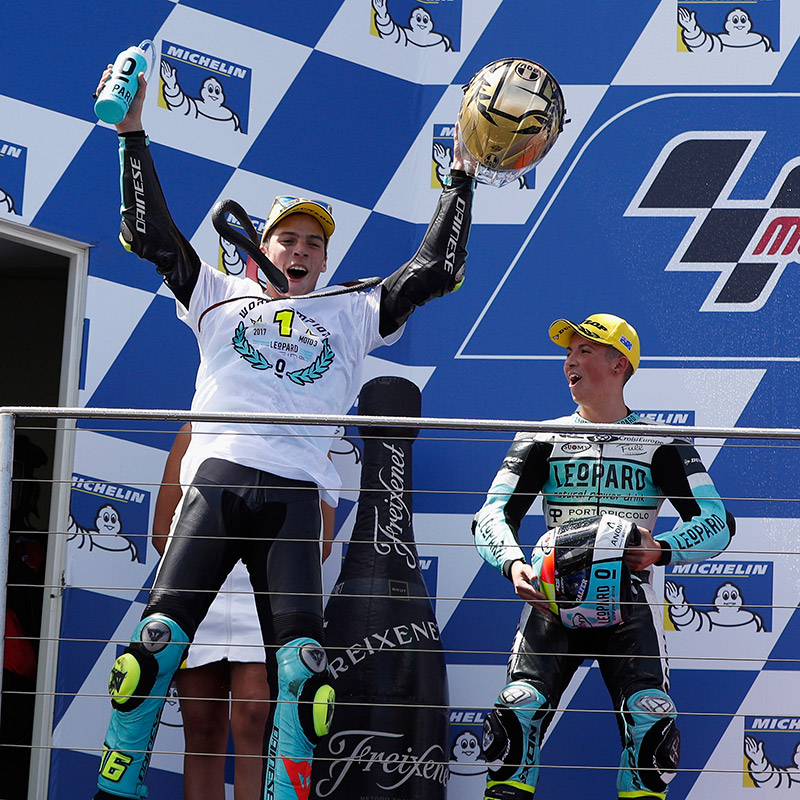 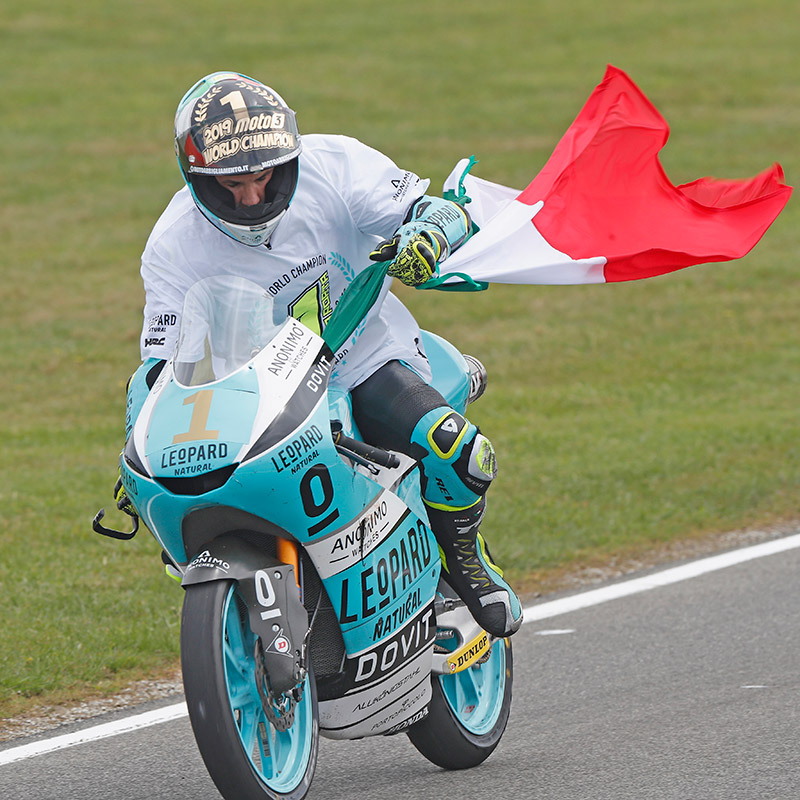 The Leopard Junior Team is currently competing in its fourth season in the FIM CEV Repsol Championship, also known as the Junior World Championship, in the Moto3 class. Since our first season in 2016 the team has signed five riders from wich one of them, Marcos Ramírez became Junior World Champion runner-up. In 2018, Manuel Pagliani ended up the third of the standings and in this 2019 Leopard riders Àlex Díez, Xavi Artigas and Davide Pizzoli will defend Leopard colors.

The target of the Junior Team is finding young talents and prepare them to an eventual leap into the Word Championship in the Moto3 class, and if possible, straight into the Leopard Racing Team. The FIM CEV Repsol is the place to be if a rider is serious about his career, and the Leopard Junior Team is always up front in the standings, so for upcoming talents wishing to become professionals, this is the team where all their potential will be tested under a real World Championship human and technical sorrounding.

The Leopard Junior Team is based on the knowledge of Christian Lundberg, as Technical Manager either in the Junior Team as in the World Championship Leopard Racing Team, Ricard Jové as Team Manager and Manel Bernat as COO, with Sara Alza backing us up from the Administration desk. Each rider is assigned one Chief Mechanic, one Mechanic and one Telemetrist. 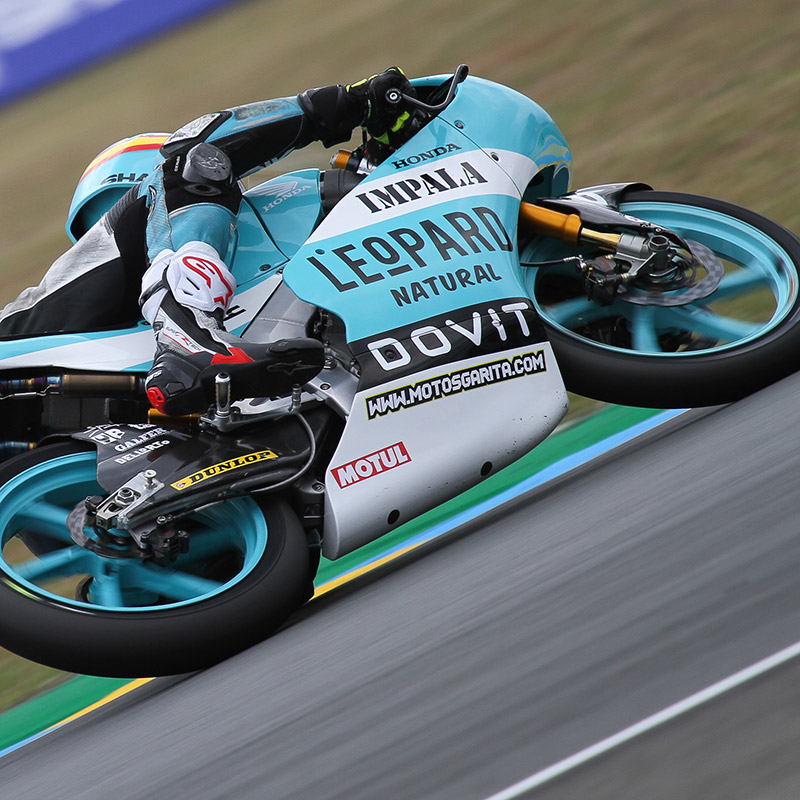 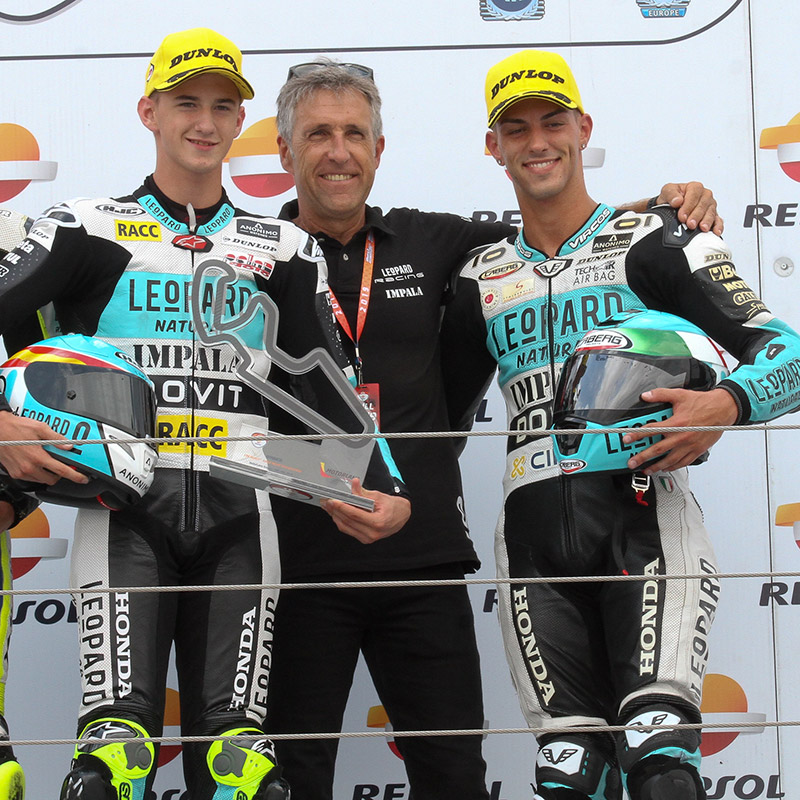 From 2011 until 2013, Leopard had its own UCI World Tour team that was able to win many of the most important races in the world. Paris-Roubaix, Tour of Flanders, the yellow jersey and stages in the Tour de France and many more amazing wins are just examples of the great success.

Leopard felt always responsible to offer athletes a professional environment and a fair chance to grow up. Therefore from 2012 on, it created an additional pillar with the talent academy ‘Leopard Development Team’. Until today, this structure on the UCI Continental level is maintained and every year riders were able to step up to higher levels. In the past, great talents such as Sean De Bie, Bob Jungels and Alex Kirsch have been part of the team that is nowadays called Leopard Pro Cycling. 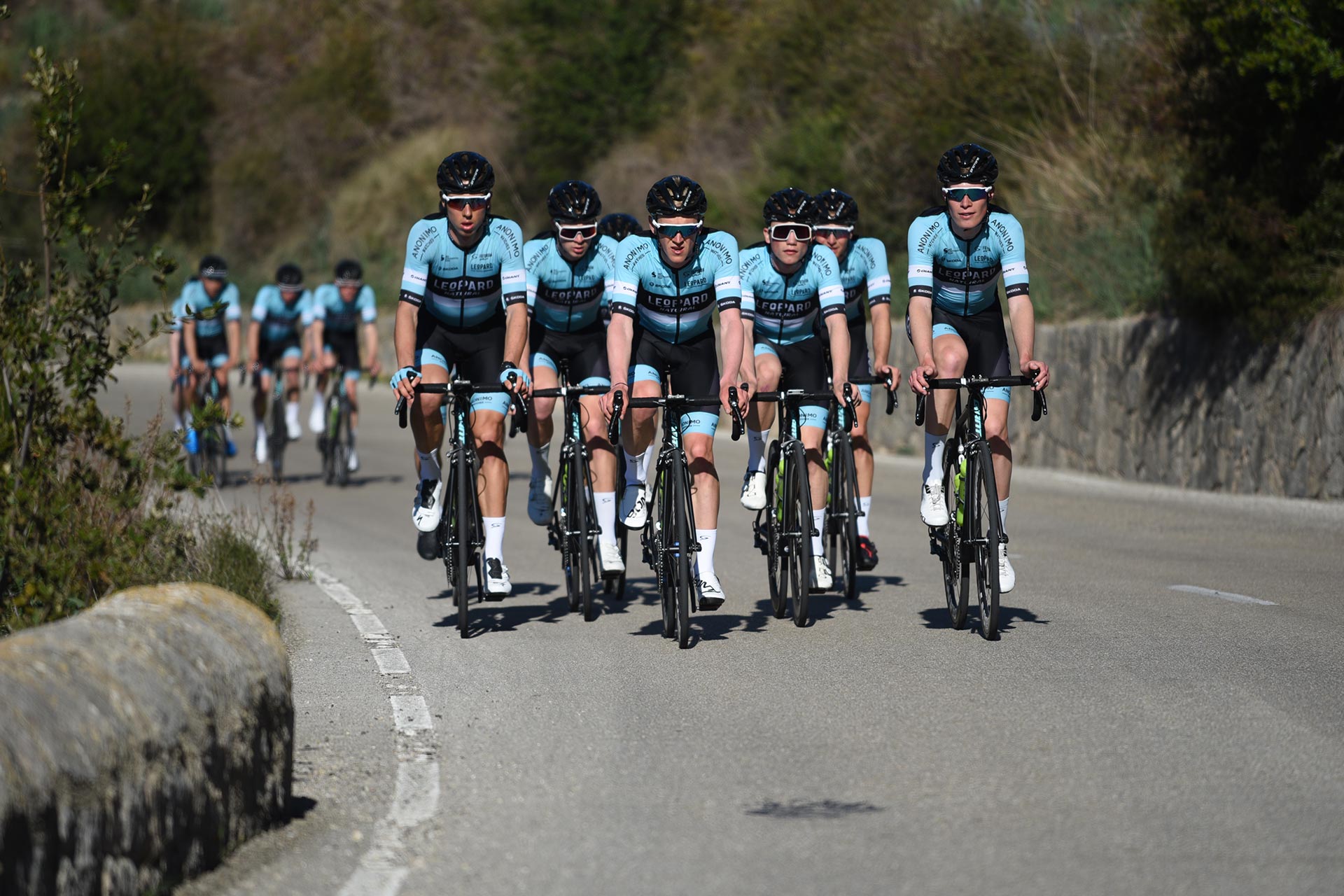